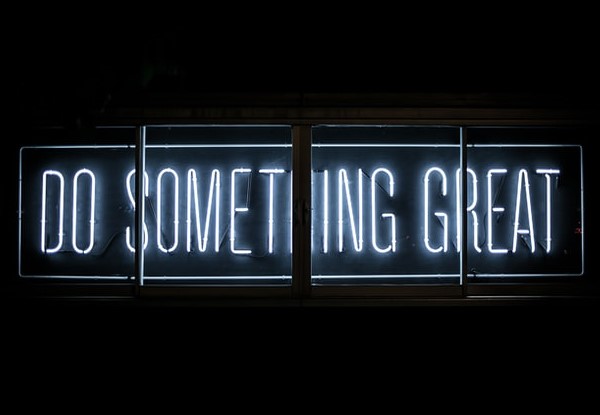 Photo from Clark Tibbs on Unsplash

Last week, the State Policy Network held its 29th Annual Meeting in Orlando, Florida. The organizations assembled at the SPN Annual Meeting have diverse missions and policy areas, but they all have a common goal. They all work to empower the American people to govern themselves and care for their own communities.

The SPN Annual Meeting allows the liberty movement to learn, strategize, and also lift up organizations and individuals who are carrying out their missions with character and excellence. This year, ClearWord is proud that several of our friends were recognized for their stand-out work.

State Policy Network’s Overton Award recognizes nonprofit leaders in the state-based, free-market Network who embody the qualities of leadership, loyalty, humility, and support for the cause of liberty.

Created in 2003, the award is named for Joe Overton, senior vice president at the Mackinac Center for Public Policy. Overton was a beloved and respected leader of the freedom movement who sadly died before his time. He actually created the term “the Overton window,” an illustration of how ideas precede political action.

As his own colleagues will tell you, no one is more deserving of this award than Mackinac’s executive vice president Mike Reitz. As the State Policy Network explains:

We at ClearWord couldn’t agree more. When you think of maximizing the Overton Window, such as achieving union reform in Michigan, you think of the folks at Mackinac. They don’t know the word impossible.

Our friends at Illinois Policy are this year’s winners of the Bob Williams Award for Best Issue Campaign for defeating a proposed $3.4 billion per year “fair tax” ballot initiative. ClearWord couldn’t be prouder! In the November 2020 election, Illinois Gov. J.B. Pritzger pushed a ballot initiative that would have changed the Illinois constitution from a flat tax system to a graduated income tax system. This so-called “fair tax” was touted as a tax on the rich.

As SPN explains, “From the beginning, Illinois Policy Institute released reports, op-eds, and press releases sharing why the ‘fair tax’ promise was a farce, with lawmakers offering a bait and switch— likely lowering the income thresholds in future years when revenue ran short.” In the end, Illinois Policy also filed a lawsuit questioning the legality of the ballot language, gaining statewide media coverage and a resounding defeat of the initiative at the polls.

Congratulations to @illinoispolicy, winner of the 2021 Bob Williams Award for Best Issue Campaign. Illinois Policy helped voters across the spectrum understand how the so-called fair tax would have devastated families and killed thousands of jobs. #SPNAMhttps://t.co/9QSiIZBI9Y

We also want to recognize our friends at the Pelican Institute who were nominated for their excellent work to simplify Louisiana’s tax code and improve the lives of Louisiana families. With the state’s complicated tax code driving jobs and opportunities to other states, the Pelican Institute launched a campaign in the Spring of 2021 to simplify it by phasing out the franchise tax and reducing income taxes on corporations and individuals.

Thanks to their efforts, in June 2021, “the Louisiana Legislature passed a tax simplification package that creates greater stability and predictability, lowers income tax rates, eliminates the punishing franchise tax for 85 percent of filers, and guarantees that growth of state income will be used to lower rates in coming years.” In October, the issue will head to voters who will decide whether to add the amendment to the state constitution.

ClearWord wishes a hearty congratulations to all our friends and is grateful to be a part of the excellent work they are doing for our shared ideals. Well done, friends!