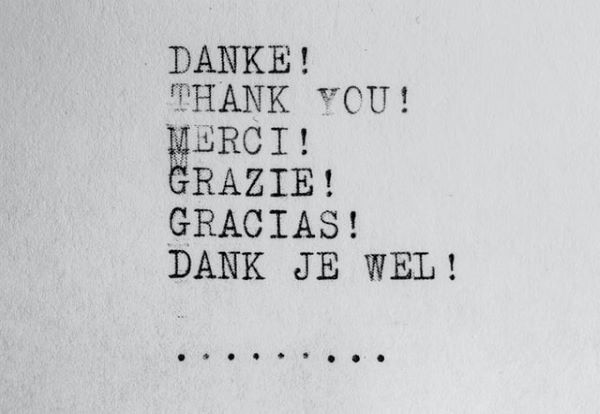 During a career spanning six decades (That’s right – I started in the late 70s, so now I’m in my sixth decade!) the most frequent query people ask me is, “What’s the secret to successful fundraising?” In this series of posts, I’ll address three key aspects that lead to successful fundraising: donor acquisition, donor cultivation, and donor appreciation.

Now that you’ve recruited a new supporter, cultivate that relationship. Rarely is an organization able to acquire new donors without a sizable financial investment. Since you began the process with a plan, you were prepared for this. You made sure you were effective in conveying this information to all stakeholders in the process: board, staff, key donors, etc.

Now is when that investment pays off. Many of those new donors made an initial contribution without a great deal of research in the group’s reputation, history, credibility, etc. For this reason, some gifts are small compared to the donor’s actual capacity for financial support. I often think of the first gift as a “first date.” It is a donor and organization first getting to know one another. Even the most detailed and thorough letter can only convey so much. The donor needs to know more to be motivated into a longer-term partnership.

Here are six more secrets to non-profit fundraising to encourage donors that your organization is worth building a long-term relationship with.

The first thing the donor looks for is appreciation for their decision to give! Studies show a strong correlation between the speed with which the donation is acknowledged and the second gift – as well as longer and upgraded giving. No matter the level of giving, a “thank you” message to donors is important. Online gifts should be recognized immediately, and first gifts (via mail) should be acknowledged within two days (if possible).

Initial gifts of $100 or more merit more substantial treatment, including a phone call (if possible). Since most people these days don’t accept calls from numbers they don’t recognize, you’ll likely only be leaving a short message. In that case, it could be a pre-recorded message from the signer of the appeal. But if the donor recognizes the caller ID and actually answers the phone, then your relationship is beginning on a very strong footing. Of course, these rules apply to not only the first gift, but all giving.

It is common for some of the wealthiest philanthropists to make a small, initial gift by direct mail. In the 1990s, a donor then among the ten richest people in the U.S., according to Forbes Magazine, gave his first gift to a conservative non-profit in the amount of $50. Without today’s donor wealth screening tools, he was “just another donor.” But a programming error in a subsequent house appeal resulted in his ask being for $5,000 — $50.00 with a missing decimal point. His response at the $5,000 level gained notice and a resulting relationship worth more than $1 million in lifetime giving.

Fortunately, web services such iWave make it possible to not only know if an individual is wealthy, but also to whom they contribute and at what levels. An iWave subscription for most groups starts at less than $5,000 for an annual license, including credits for screen donors in batch mode.

3. Solicitation isn’t the only fundraising communication.

A common mistake is to believe that your newly recruited (or lapsed donors who have returned) know all that they need to know about your work, its impact on society, public policy, and where they fit into the mix. A remedy is the creation of a “welcome” series of mailings without donation asks. It’s helpful to send a letter of introduction from a senior official of the organization (after a speedy thank you letter from the signer of the appeal, of course).

If you had a “celebrity” signer on the acquisition appeal, then the secondary letter from the CEO, President, or Executive Director of the group is advisable. If there is a leader responsible for a specific program that was of interest to the donor, a message from them is appropriate, as are emails and phone calls. In a larger envelope, send the most recent donor newsletter. And in still another envelope, send the most recent annual report. The communications are often referred to as “moves” and the process “moves management.” The whole fundraising goal of moves management is to turn these givers into “life-long major gift donors.”

4. Build a fundraising newsletter. Keep it simple. Send it regularly.

Newly acquired and seasoned donors alike should receive regular newsletters. Many are as simple as a four-page document created in Microsoft Word. Photos are not necessary, but are helpful. The most important element is for them to stay on a set schedule. At one major non-profit mailer, we started with a four-page newsletter and expanded it to eight, and then 16 over a two-year period. We went from just black and white photos to color. More recently it has been expanded to 24 pages and is printed on coated stock to help accentuate the graphics and photographs. A newsletter tells the donor how their donation is making a difference. But since not all donors are interested in the same aspect of the institution’s programs, you get the chance to highlight many.

Another opportunity for newsletters is to invite donors without any pressure to learn more about the mission. Many groups take some of their donors out to see first-hand the problems the organization is addressing. The travel time is a tremendous opportunity to enhance the relationship with the donor and for them to see both the organization’s needs and strengths.

You also get the chance to talk about other donors. At one organization, we were blessed with regular bequests. They came from donors of every level and from every walk of life.  I made it a point to contact the survivor who facilitated the gift. Sadly, on a couple of occasions, only a law firm was left to transmit the gift. But most of the time you could learn about the donor’s motivation and their life’s story.

Five or six times each year we had the opportunity to print obituaries in the newsletter with three benefits. First, it honored the generosity of the donor and gave them a special place of remembrance. Secondly, the living donor often found that they had a lot in common with the deceased. This affirmed their decision to contribute regularly. Finally, it planted the thought that maybe the living donor should include the organization in their estate plans.

To enhance the chance of a gift through “house” mailings, you can use techniques used by commercial advertisers. In addition to updating the donor with the latest news, you can engage them with surveys, petition drives, membership cards, or certificates of recognition. One technique to increase the number of gifts annually is a special appeal for two, three, or more gifts over a few months. You might be able to encourage a donor giving $25 just once to pledge $20 a month for three or more months. This yields a greater return while seemingly down-grading the donation level. Used over time, this may also help identify monthly giving prospects.

The most common commercial involvement technique is the “two-for-one” offer, or a coupon for 50% off or more. Think of a challenge/match campaign in these terms. Americans love getting deals on everything we purchase. It is easy to see that similar “deals” in giving are attractive. It’s highly motivational to let your donor know that another source is going to double the value of their gift by matching their $100 with another $100. It’s like a two for one deal at Burger King!

6. Let your donors get to know other donors.

Donors want to know that they are not alone in supporting your cause. But since many are older, they don’t have extensive social support networks of like-minded folks. So another way to engage them is with seminars, conferences, parties, conventions, etc. These can be in-person or “virtual.” Conference calls are valuable; when you present the opportunity for questions, you’ll learn what they know, how they process the information, and what motivates them. And when they hear other participants express the same thoughts and questions, they feel more part of the cause.