Last month, over 1,200 thought leaders from across the country gathered in Colorado Springs for the State Policy Network’s Annual Meeting. This event is always the premier showcase—and classroom—for the liberty movement.

As the days get shorter, it seems like there aren’t enough hours—or cups of coffee—in the day. But as we approach Thanksgiving, let’s be grateful—not only for all the freedom we enjoy as Americans, but also for the honorable role we play in defending that freedom. As we reflect on last month’s State Policy Network Annual Meeting, we are grateful for all our partners and the exceptional work that you are doing. We are thankful for all of you. 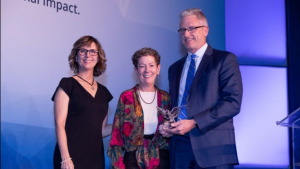 If you ask her colleagues, they’ll tell you, “Kim is one of the most principled people I have ever met.” (Watch the whole video here) At this year’s Annual Meeting, the State Policy Network (SPN) presented Kim Dennis of Searle Freedom Trust with its highest honor, the Thomas A. Roe Award. Named for SPN’s founder, the Roe Award “recognizes leadership, innovation, and accomplishment in public policy.” Kim’s passion for honoring donor intent, her work with the Searle Freedom Trust, and her cofounding of DonorsTrust have made a lasting impact on the State Policy Network and the whole freedom movement. 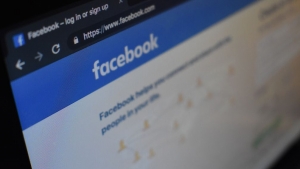 With conservatives coming under fire on social media, it’s more important than ever that conservatives take a stand for their right to free speech. The Free Speech Alliance, started by the Media Research Center (MRC), is a coalition of organizations fighting against online censorship. The group is now over 60 members strong, standing up to social media giants like Facebook, Twitter, and YouTube. As MRC President Brent Bozell explains, the continued growth of the Free Speech Alliance will send “a signal to Silicon Valley that change must happen and must happen quickly.”

How to Stay Conservative in College

In a 2018 study of American colleges, researchers found that liberal professors outnumber conservative ones 10 to 1. Needless to say, maintaining a conservative voice in higher education is not easy for today’s students. Thanks to the Intercollegiate Studies Institute (ISI), America’s young people have some help. The new ebook “How to Stay Conservative in College” is a resource to help students choose classes, develop a supportive community, and get an education without sacrificing their principles. 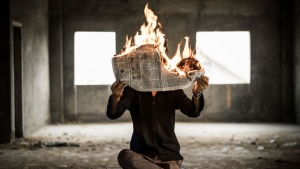 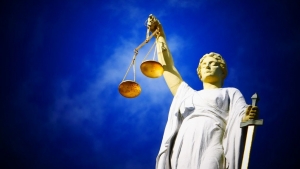 On June 27, 2018, the Supreme Court ruled against forced union dues and in favor of worker freedom in Janus vs. AFSCME. But it doesn’t sound like New York Governor Andrew Cuomo got the memo. Instead of upholding the Supreme Court’s ruling, Cuomo signed Executive Order 183, designed to limit access to information that would inform public employees of their rights under Janus. But the Liberty Justice Center isn’t taking this attack on worker freedom lying down. 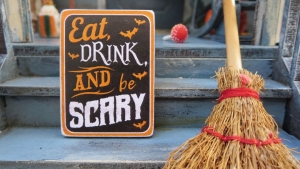 Citizens Against Government Waste celebrated Halloween this year in their usual style: by releasing their list of Washington’s most ghoulish tricks against the American people. A particular favorite was Speaker Pelosi’s proposed bill to give the government power to “negotiate” drug prices with pharmaceutical companies. If companies elect not to accept the government’s proposed price, it would be charged a 95% “excise tax.” Talk about scary…

“The Best of the Rest”

With all the exciting stories in the liberty movement right now, it’s impossible to share them all in one newsletter. Here are some of the other exciting things our valued partners are doing for our movement and our nation.

Mackinac Center: New Jersey Workers Sue Unions for Failing to Respect Their Choice to Opt Out